The Great Outdoors Challenge (TGOC) 2014: Ready for the off

This is the start of the write up of my 2014 TGO Challenge.  The TGO Challenge is an annual self-supported walk across Scotland from west coast to east coast.  This year it was sponsored by Earwig, a German boot manufacturer, with unofficial behind the scenes backing from Primula Cheese (all sale proceeds from Primula go to charity folks, so spread, spread, spread like there is no tomorrow).  Before I get down to the real business, I need to set out the ground rules for my reports.  By reading beyond this paragraph all are warned explicitly of the following:

In the interests of the sanity of those who seek out multifarious blog posts to read about the experience of TGO Challengers, I will do my best to avoid these reports merely being a description of where I walked and when, of how wonderful the scenery was, how deep the bogs were and so on.  I will try to break up these bits, for they will inevitably appear, with observations on various aspects of the Challenge. Given my vast experience of TGO Challenges ie all of two, these observations will prove to be particularly insightful, perhaps not of the Challenge but certainly of the state of my tortured and twisted mind.

I am not one of those woosy Ultralight Challengers who is incapable of carrying their kitchen sink across Scotland.  Oh no, I carry a bit of weight on my shoulders.  But I thought that I should get into the spirit of things.  Having studied and analysed the kit lists of other Challengers, I managed to lighten my planned load by almost 3kg without ditching a single item.  How?  “Seemples”, as that Russian squirrel thing says in between the shows on the Independent Television Channel.  Firstly, I edited my kit spreadsheet and reduced the weight of everything I might possibly wear at any time on the Challenge to 0 grams.  Secondly, I changed my tent J cloth from the genuine article to a Tesco own brand cloth.  2 grams saved!  Oh yes, I can play this ultralight game.  Thirdly, I changed the weight of my fuel on the spreadsheet.  I have noticed some gear lists only include the weight of the gas and not the cartridge itself.  What’s good enough for Challengers X and Y (you know who you are!) is good enough for me. With 3 days food the whole caboodle (that’s not a flash make of rucksack manufactured in Kansas or some such, but it ought to be) was down to 13.2 kg. That's the real weight as measured by one of those aircraft luggage scale thingies, not the lie in the spreadsheet 'total weight' box. I packed it all into my Lightwave Ultrahike.  I then unpacked the Lightwave and put it all in the ULA Catalayst.  I removed my hip flask and topped it up a bit further. Perfect


10 hours later I was at Penrith station for the train to Glasgow Central.  I backpacked across Glasgow City Centre to Buchanan Street Bus Station.  On to the coach for the 5 hour journey to Shiel Bridge. Sat opposite a young Glaswegian who appeared to be ‘off his heed’ on some substance, legal or otherwise.  Tried to avoid eye contact with said youth until he got off the bus at Fort William.  The journey was far less tedious than I had envisaged and the driver dropped a whole bunch of Challengers at the Kintail Lodge Hotel.  We all had beds in the Trekkers Lodge or the Bunk House, there being a wedding on, and all the posh rooms being booked.  I finally got to meet fellow bloggers Laura and Louise who were as jolly in real life as they are in cyberspace. I wandered by the loch and it was good. All was well in my world. 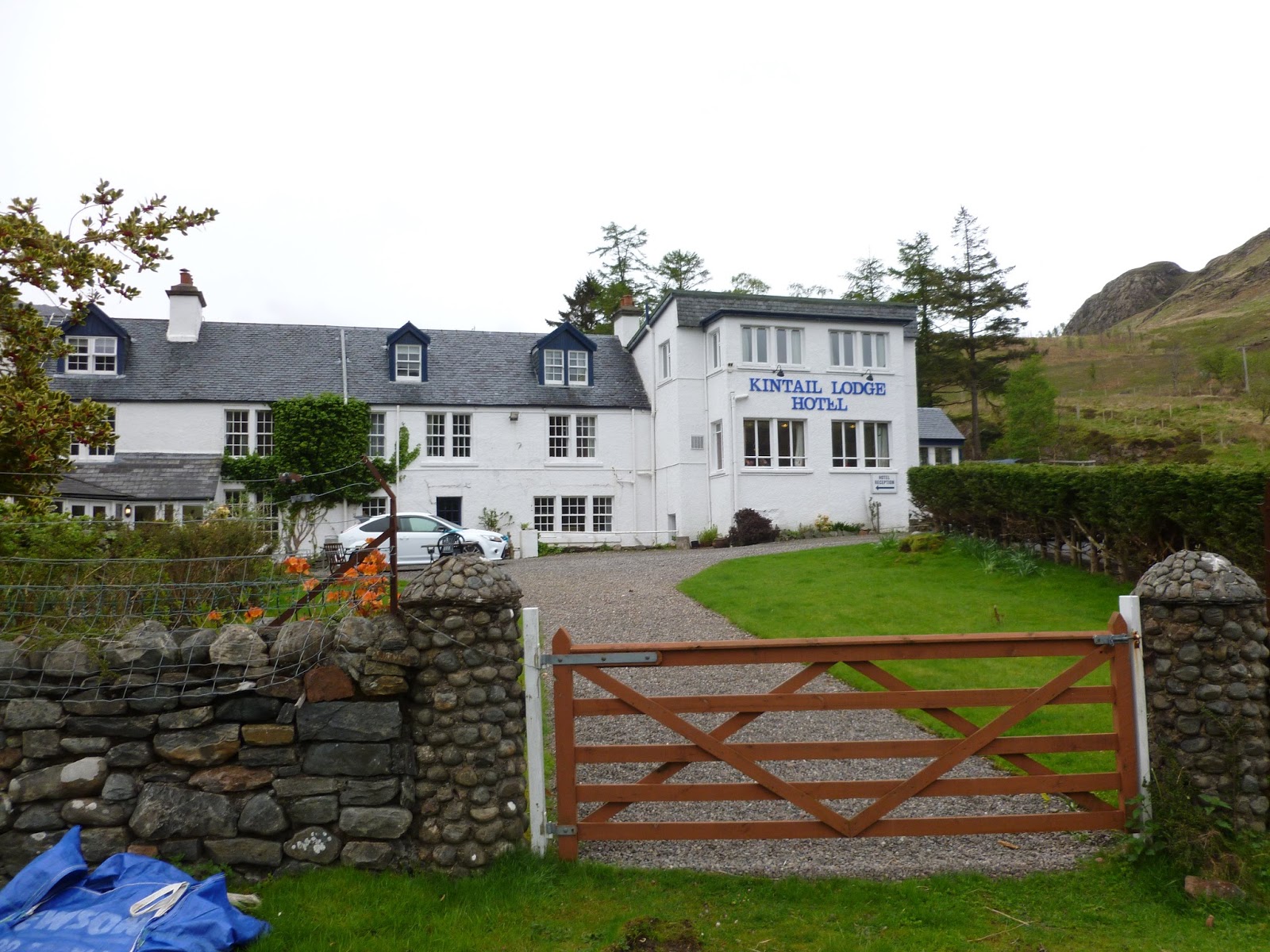 We dined in the hotel and were joined by some of the other Shiel Bridge starters, including Hugh, Barbara, Alan and Fran, all of whom I walked with at various times in the coming days.  I was far less apprehensive than last year. Then, I had a mind set that kept telling me that I would probably never get to the east coast.   I have clearly made progress because this year that thought was never to cross my mind……..TO BE CONTINUED